If you own an Apple iPhone, chances are you’re familiar with the Control Center. It’s deceptively simple: the Control Center is meant to give you control over the most important settings without navigating to a dedicated app.

But you may be surprised to know about everything you can control with this handy tool.

Apple introduced the Control Center with iOS 7 in 2013. Since then, it’s changed a lot but its primary function is largely the same.

All Apple devices with iOS 7 or later have a Control Center feature. However, you may have never known what it’s called or been aware you were using it because it’s so seamlessly integrated into the operating system. 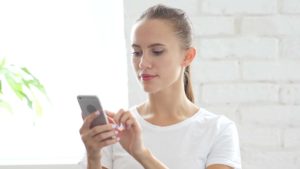 When Apple first introduced the Control Center, users had to swipe up from the bottom of their screen to access the tools. Since then, accessing the Control Center has changed depending on which iPhone or iPad you have.

After introducing the iPhone X and its famous notch, Apple had to adjust its control center placement. If you have an iPhone X, you can access the control panel by swiping down from the top right corner. Like all other iPhones, you swipe up to dismiss the control panel.

Since iOS 12, iPad users can access their Control Center the same way they can on an iPhone X. Any iPad on iOS 12 or later access is the Control Center in this way.

You may already know how you can use your phone’s Control Center to change basic settings like Bluetooth, Wi-Fi connectivity, volume, screen brightness, and more. But did you know there are more than a dozen hidden features you can control with this handy utility?

That’s right – if you take a journey into your Settings app, you can add hidden iOS features to your Control Center that Apple doesn’t include by default.

Once you navigate to your phone’s Settings, tap on the Control Center option. Next, tap Customize Controls.

The next screen will feature two lists: one with the tools currently showing on your Control Center and the extra tools you can add. By tapping the red button next to an option, you can remove it from your Control Center – even if it’s there by default.

If you want to add a tool to your Control Center, look at the second list. These are all the utilities you can add, including:

You can change each setting’s position on the Control Center by re-arranging the items on your list. Unfortunately, you can’t edit your Control Center while you’re using it so you won’t be able to see your changes until they go into effect.