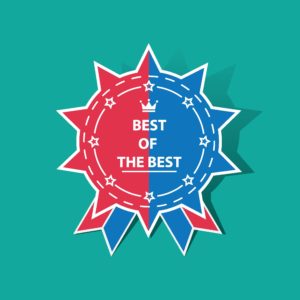 There are a large variety of powerful phones that have been competing with one another in 2019. The phones for 2019 have been developed to meet many different budgets and customer needs. Phones are now more capable of several things such as recording in high definition video, playing high definition games, and receiving consistent updates. The best cell phones are capable of doing a number of things very well.

Google Pixel 3
The Google Pixel 3 was upgraded and released in October 2018. The Pixel 3 uses the Android Pie operating system and a Snapdragon 845 CPU. As with the Pixel models that came before the Pixel 3, the Pixel 3 has a camera that nearly outshines its competition. The camera of the Pixel 3 features Optical Image Stabilization and as a result allows users to take sharper images while the camera is in motion.

Samsung Galaxy S10e
The Samsung Galaxy S10e is another model in the Samsung S10 series that was released in March 2019. The 5.8-inch AMOLED screen of the S10e has a 1080 x 2280 resolution and offers crisp images for its users. The 3,100mAh battery of the S10e is capable of donating battery charge to other devices through Samsung’s Wireless PowerShare feature. Wireless PowerShare on the S10e is also capable of disconnecting once the user’s phone battery has dropped to 30% life. With dimensions of 5.6 x 2.75 x 0.31 inches and a weight of 5.29 ounces, the Galaxy S10e is one of the most ergonomic phones on the 2019 market.

Conclusion
There are many cell phones that are available on the market for 2019. The phones on the market can perform many different tasks and have their individual strengths and weaknesses. Though the phones on this list are some of the best cell phones we have seen on the market, the list was built according to our characteristics and guidelines. Ultimately, the cell phones that people find to be the best for them come down to their individual preferences. The features and capabilities that one person needs may not be the same features and capabilities that another individual needs.