5 Steps To Preparing for Reselling a Phone

With the rising costs of smartphones, many phones will still have a significant resale value even a few years after they are purchased. While many cell phone companies will have some kind of trade-in program, the truth is you can resell it yourself (did you know we buy cell phones?). Today’s smartphones are much like small, mobile computers, however, and not only contain a great deal of personal information but are also directly tied to many of your personal networks. Here are 5 things you want to do before reselling a phone.

1. Makes sure it is paid off or no longer under contract 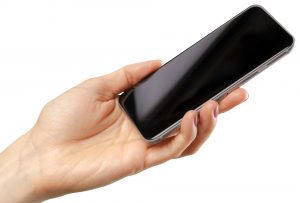 Many cell phone companies will offer you a “free” phone as part of your plan but it will generally have some restrictions. In addition, if you buy the phone over time, reselling phone is not allowed until it is paid off so be sure that it is paid off or that any contractual obligations are concluded. If you don’t, then the person who buys your phone may find themselves with little more than an expensive paperweight on their hands. The same way a bank technically owns your car until it is fully paid off, your cell phone carrier also owns your phone, so be sure it is paid off before you sell it.

Most cell phones now operate via a SIM card, but most phones are locked to a certain carrier. Once your phone has been paid off or your contractual obligation is concluded, you can contact your carrier to have your phone unlocked. Once it is unlocked it can be used with almost any carrier around the world.

Before reselling phone, you will want to ensure that your device is completely clean of all personal information. Not only will this ensure that your personal data does not fall into anyone else’s hands, but it will also allow the buyer to quickly and download all of their saved data and information onto the device.

4. Remove the SIM and SD cards (if applicable)

5. Clean and charge your device

Chances are good someone may be spending a few hundred dollars on your device and they probably won’t be pleased to receive a sticky, greasy device with a smeared screen. As a final courtesy, you will want to be sure it is fully charged so they can immediately turn it on and check to see that it works. Once it is charged, turn it off so it will stay that way.